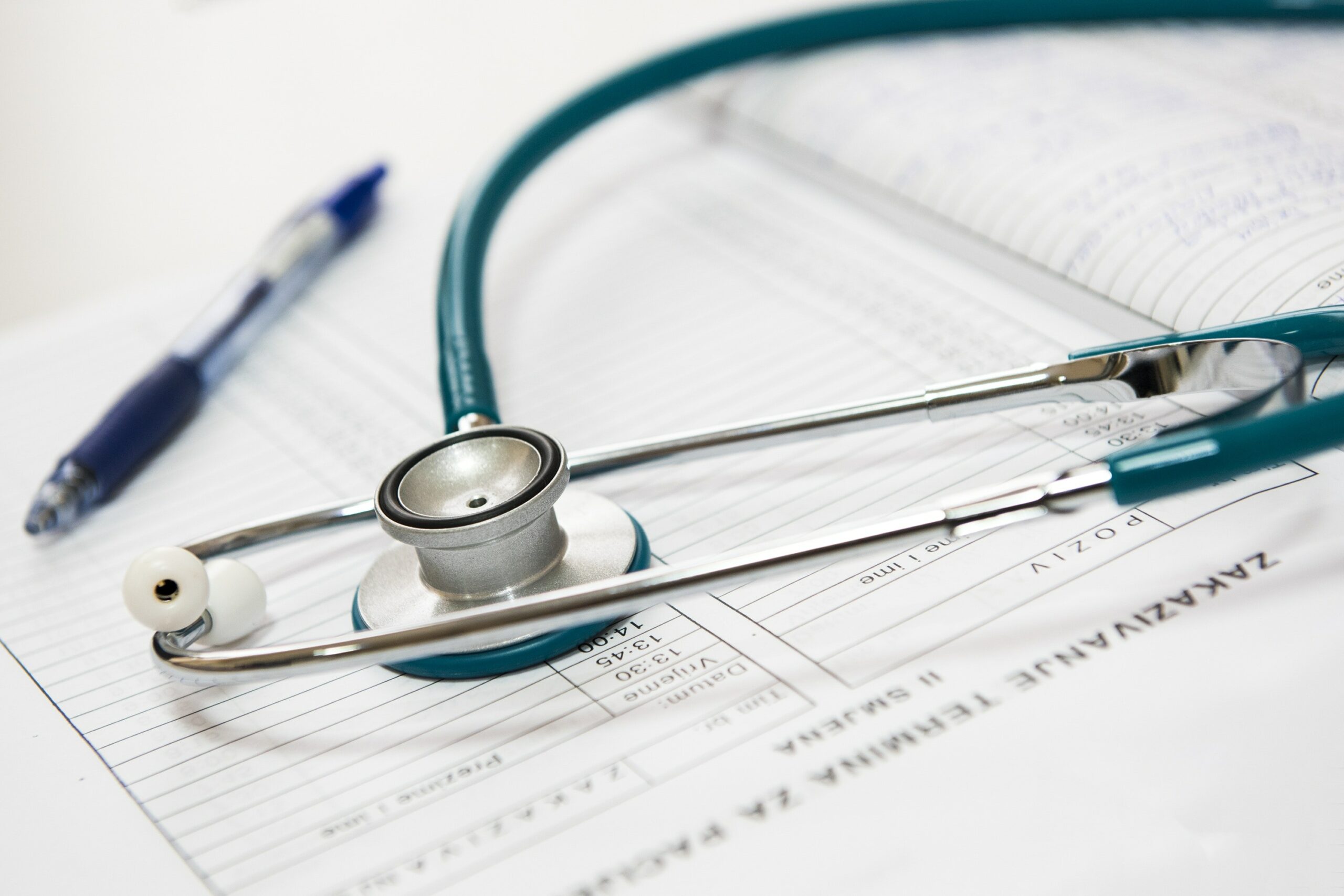 Dr. Reed Wilson on the Coronavirus

A giant shout-out to Will Witt and Prager U for allowing me an opportunity to record a video for Prager
U about the coronavirus. As of Sunday evening, there have been more than 1.1 million views on
Facebook and 136,000 on YouTube. Insightful questions and great conversations are always key. If you
have not yet seen the video, watch it above.

A follow up about blood pressure meds and COVID-19

Do you remember that at the outset of coronavirus precautions, there was some concern about infected
people taking blood pressure medications? If you do not remember, let me refresh you a little. The
coronaviruses are known to utilize the angiotensin converting enzyme2 (ACE2) to gain entry into the
host cell. There was concern in the medication community that the use of ACE inhibitors would
promote infection because ACE2 is up-regulated (increased activity) in those people taking ACE inhibitors
or ARBs for blood pressure.

A recently published study provides data that allows us to assess whether ACE inhibitors should be
continued in patients infected with the coronavirus. The study used a small sample of 42 patients in
China taking ACE inhibitors or ARBs for blood pressure. One half of the patients were taking the ACEI or
ARBs and the other half were taking a “different” high blood pressure medication. Patients taking the
“different” blood pressure medication actually had more severe disease. However, the difference
between the groups was not statistically significantly different. Patients receiving the ACEI and ARBS
were noted to have lower IL-6 levels, higher CD3+ and CD8+ levels and significantly lower peak viral
load.

If these study results are replicated in a larger trial, results may show that people taking the ACEI and ARBs were getting less sick, which is exactly opposite the initial concern. In any event, this lends some credence to not stopping your blood pressure meds because of this virus.

Remember when this newsletter mentioned that the infection rate is surely much higher than what is being reported and that the mortality is probably far lower than what is being reported? Well, it appears to be the case that the infection rate is higher, and the mortality is lower than what has been reported in the news. Based on preliminary results of the first round of antibody testing in the NY area, 21.2% of NYC residents have contracted the virus.

I am not about to put all my confidence in this data because it most likely included large numbers of unregulated antibody testing. I would like to know the sensitivity and specificity of the test and I would like to know the cross reactivity with common coronaviruses that do not cause COVID-19. Be that as it may, it would signal that death rates are much lower than believed. The number of total confirmed and probable COVD-19 deaths as of 4/24 was 15,848 in NYC. If 21.2% of the city was infected, that is 2.7 million people. Doing the math that is an infection mortality rate of 0.58%.

This is not scientific at all. But I am seeing patients starting to come to my office rather than doing videoconferences. I think there are several reasons for this. First, I believe people are going stir crazy at home and are finding reasons (very valid ones) to leave the house. Second, I believe people are starting to see that the initial statistics, though well intentioned may have been far more grim than is what is actually occurring. Finally, problems that could sit for a few weeks are becoming more in need of care. In any event, we are here to help you and are taking precautions to keep all patients safe when they come into my office

The FDA and Hydroxychloroquine

News has recently come out that the FDA is cautioning against the use of hydroxychloroquine or chloroquine for COVID-19 outside of the hospital setting or clinical trials because of the risk of abnormal heart rhythms. As mentioned in previous newsletters, hydroxychloroquine and chloroquine can cause abnormal heart rhythms. If you are taking these medications to treat an autoimmune condition, continue your treatment at the recommended dose for your condition. If you have concerns talk to your doctor.

The following is for the doctors in the audience: It is recommended that when using hydroxychloroquine or chloroquine under the EUA or as part of a clinical trial, you should monitor baseline EKG, electrolytes, renal function and hepatic tests. These drugs can

I have three comments

1. Many physicians have been aware of possible QT and, as such, have looked at prior EKGs of our patients before starting the medication.

2. This drug has been used for years, why have these warnings only come out now? Given the side effect warnings for COVID-19 patients, shouldn’t rheumatoid arthritis and lupus patients using these medications be monitored as well? Why haven’t we seen a marked increase in patients with rheumatoid arthritis and lupus, who have been taking these drugs for years, dying given the warning for its use in COVID-19 patients?

3. Don’t you think a better reason to stop using the drug would be if it did not work? Is this the response by the FDA based on data available to them but not yet available to the public about efficacy?

Doctors in Seattle have started giving the second round of a potential new mRNA vaccine to volunteers. A previous newsletter mentioned that Seattle had started vaccine trials. We also discussed the characteristics of the mRNA vaccine and how this new approach could be quickly ramped up to large numbers. If you want to review that newsletter go to http://reedwilson.com/wp-content/uploads/2020/03/March-30-newsletter-Covid-19.pdf and look at the section titled There is a new type of vaccine I the works, a mRNA vaccine. The newsletter is from March 30 so not all information in the newsletter is up to date, but this article on the mRNA vaccine is current.

So far, the only thing we know is that the fact that a second round of shots was given is good news. The protocol would have been halted if there were an excess number of adverse reactions. The first shot is to prime the immune system to set up. The second shot. administered 28 days later, builds on this protection so the body more rapidly produces antibody. This Moderna product is the first of more than 70 vaccines being tested worldwide.

Frederic Chopin was known to be a frail man and his health started to decline in 1838 at the age of 28. Over the years he became more debilitated and less active. Chopin had a fear of being buried alive so when he died in 1849 at age 39, he was buried, as per his wishes, with the body in Paris and the heart in Warsaw.

The heart was sealed in a jar of cognac and smuggled into the Polish city and interred there. Experts have hypothesized about Chopin’s death, but not until recently did Polish authorities grant permission to look at Chopin’s heart. When permission was finally obtained, scientists found his heart perfectly preserved in a jar. The jar was not opened. However, given its state, doctors concurred with a degree of certainty that the composer suffered from pericarditis or an inflammation around the sack of the heart. This type of inflammation is a rare complication of chronic tuberculosis. Chopin’s heart was covered in some white fibrous materials and there were also small lesions consistent with tuberculosis complications.

You may think you have never heard a Chopin piece. As with Mendelssohn, though, Chopin’s music has found its way into a popular setting, namely funerals.

But the funeral march is not the piece for which Chopin should be remembered. It is much better to remember his “Heroic” Polonaise in A flat Op 53.

It has occurred to me that I have tended to choose shorter listening pieces in the interest of maintaining the listeners attention. If there is a composer you particularly favor, just let me know if you want suggestions. Mind you, you will just be listening to my personal taste. So, feel free to Google your favorite composer for a more-wide ranging menu. 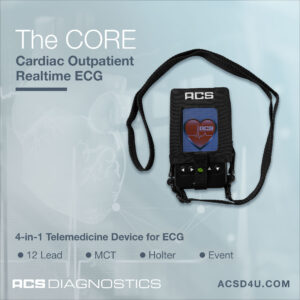 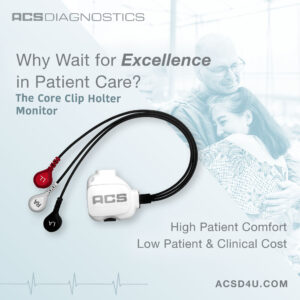 Get Your Heart Checked Today!
Download Ebook
[contact-form-7 404 "Not Found"]